I imagine that the subset of people in the world that actually like clowns is rather small. I’m no clown expert, but I’m pretty sure that I have met no more than one or two people in my almost-30 years of existence that actively express an interest in clowns. As a kid, I was completely frightened/totally intrigued (from a safe distance) by anything dressed up in a way that hid or distorted its humanness (e.g. all of the animals at Chuck E. Cheese, theme park characters, clowns etc.). I understood (was told) at birthday parties and circuses and such that these figures were supposed to bring joy to children, but I never got such satisfaction. I preferred to observe them from underneath a table or safely inside my mom’s car. Now, as an avid horror fan, I like to think that my early childhood fear/fascination of the weird and wondrous was the start.

CLOWNS ARE UNCANNY=
I wouldn’t say that I have coulrophobia (a fear of clowns), but I do get anxious when in the presence of clowns (physical, virtual—it doesn’t matter). And, most people feel at least a mild sense of uneasiness around clowns (remember the clowns terrorizing California a few years ago?). I have to wonder: is it their association with childhood? Their humanity/inhumanity? Their makeup? Their ridiculous shoes? Their exaggerated expressions? Their fondness for pranks? I’d say all of the above, and underlying this is Freud’s theory of the uncanny: the familiar made strange. Those horror movies which make the home space (family, neighborhood, toys etc.) no longer safe or familiar frighten me the most.

For example, nothing quite creeps me out like horror movies with demonic children. Why? Because I hope to have kids someday without Rosemary’s Baby (1968) weighing heavily on my mind. Children are supposed to be familiar and natural—not harbingers of hell (I think, but again I don’t have kids yet). And, it’s the same with parents gone wrong. Remember in Invaders from Mars (1953) when little David MacClean is forced to face the fact that his parents are not his parents anymore, that his neighbors are not his neighbors anymore (spoiler alert: aliens!)? Those who are supposed to be safe and familiar become dangerous strangers. And this is what spooked me the most when I first read Stephen King’s IT (1986). Why would evil itself take the form of a clown, named Pennywise the dancing clown no less—a being associated with childhood and fun and laughter? Simply put, because it’s uncanny—especially for children.

When I tell people I love children’s literature and horror, I often get strange looks. But, in my opinion, they interact in such fascinating (and disturbing) ways—this novel being a prime example. While it isn’t children’s literature (usually defined as literature written specifically for children) by any means, it does center around a group of children.  And, although this unnamed supernatural entity of Derry, Maine, takes several forms, the clown is the first—because they’re children after all, children who are supposed to find clowns fun and harmless. In this case? Not so much. For these kids, coming of age is, literally, a horror show. IT falls into the genre of coming of age horror—essentially what all coming of age experiences could fall under, am I right? This is a particular genre though that, in my opinion, has not been rivaled since IT (although Stephen King’s son—no wonder there—Joe Hill wrote one of my favorite graphic novel series ever, Locke & Key (2008-2012), which also falls under this same genre).

Like with many films these days, IT will be released in two installments (the first set to release September 8, 2017). With other films who have followed this trend, I have often groaned “WHY,” but I have had nothing but excitement for this direction with IT. Producer Roy Lee, in an interview with Entertainment Weekly , referred to the film as a “literary piece of work” in that, as he notes, “We’re taking it and making the movie from the point of view of the kids, and then making another movie from the point of view of the adults, that could potentially then be cut together like the novel.”

I realize that books and movies are two different genres, so I am not one of those readers who watches the film version and freaks out over changes. However, I did get geekily excited about the decision to make IT into two films, each representing the different point of views represented in the novel. Plus, I’ll take all the horror movies (especially Stephen King adaptations) that I can get, so dragging IT out into two films is more than welcome.

This new IT film adaptation has been in the works for quite some time. Early rumors in 2010 suggested that director Guillermo del Toro might take on the project, but he is Guillermo del Toro and insanely busy. So, in 2012, it was announced that Cary Fukunaga would be director. Fast forward four years, and filming is finally set to begin—albeit not with Fukunaga but with Andrés Muschietti as director (and I’m excited!).

Although I greatly enjoy Fukunaga’s style (his 2010 Jane Eyre is my favorite out of the lot of Brontë film adaptations), Muschietti’s film Mama (2013) continues to haunt me. Just from the name you probably understand why; the uncanny is at work overtime here: animalistic children and haunting mothers. Even beyond the plot though, the film is aesthetically pleasing and meets one’s horror expectations in all the best ways. 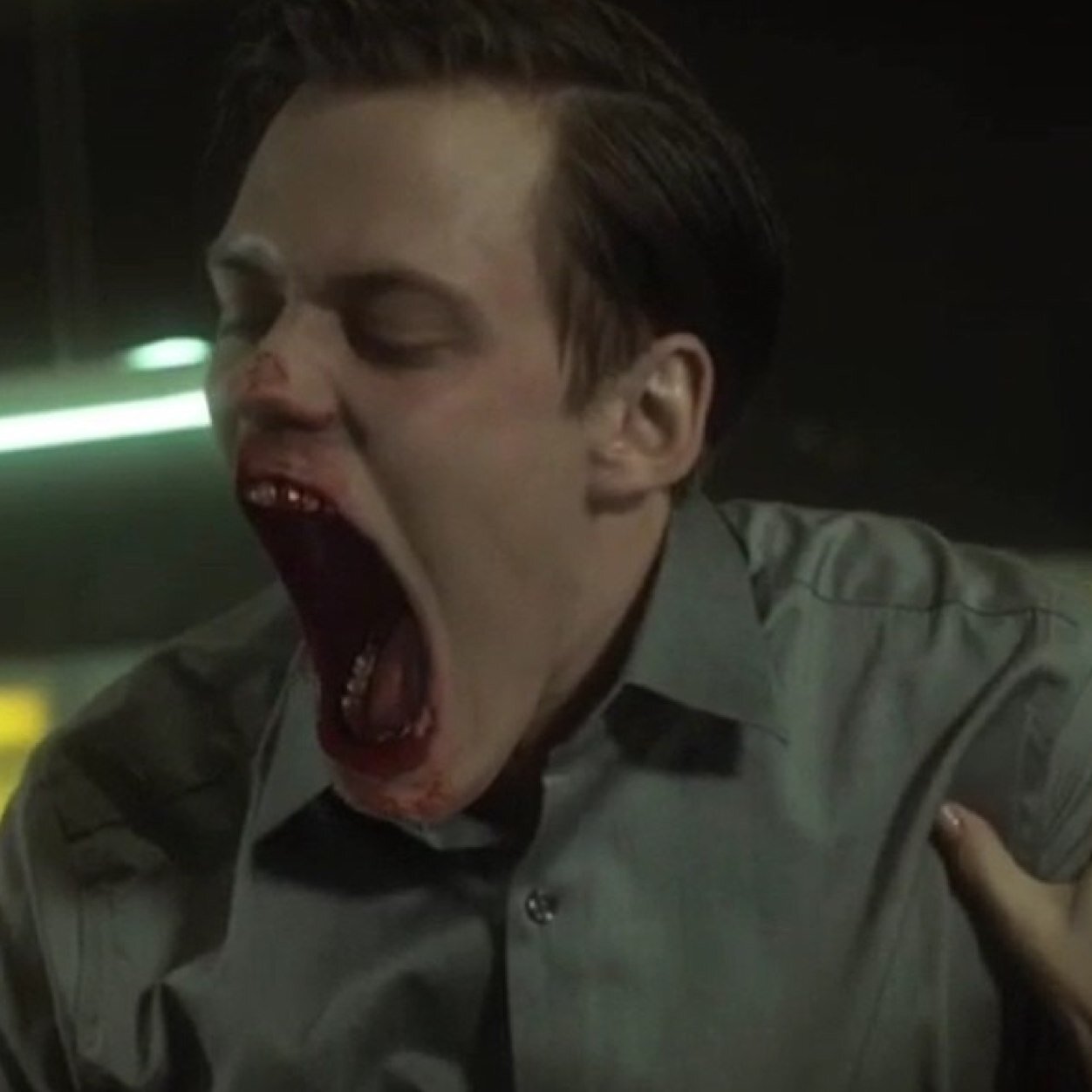 Not only is he a fantastic actor (coming from a whole family of talented Swedish actors), but he’s also not new to horror, so I was thrilled to see him cast as Pennywise.

If you have your doubts that Skarsgård can fill the gigantic clown shows that Tim Curry did in the 1990 IT miniseries, just read the interview Skarsgård did with EW. He understands the character: “It’s such an extreme character. Inhumane…beyond even a sociopath, because he’s not even human. He’s not even a clown. I’m playing just one of the beings It creates…It truly enjoys the shape of the clown Pennywise, and enjoys the game and the hunt. What’s funny to this evil entity might not be funny to everyone else. But he thinks it’s funny.”

And, if you’re still not convinced that Skarsgård will do Pennywise justice, let’s just look at the poster that EW released only days ago.

Tim Curry as Pennywise was horrifying in his own right; there is no doubt about it. However, there is something intensely seductive about Skarsgård’s Pennywise—more poised, less slimy. Looking at those dark ochre eyes gives me chills; this is a character who knows exactly what kind of power he wields.

When I think of creepy clowns of late, I have to mention Twisty (played by John Carroll Lynch) in American Horror Story: Freak Show (2014-2015). I love American Horror Story, but Freak Show was my absolute favorite season. Twisty reminded me that clowns are terrifying, and, in this regard, I think Skarsgård will absolutely deliver.

The internet is mostly buzzing with positive reactions to Skarsgård as Pennywise, but what are your thoughts? Any doubts or concerns about the new adaptation of Stephen King’s IT?

Batgirl and the Birds of Prey: Rebirth #1 Review