In these times of political turmoil, impending climate change catastrophes, and more singing competition TV shows than necessary, comedy is something that people need. And not just any comedy: clever comedy. Comedy that will make you laugh in one moment but punch you in the gut while you’re laughing. Bojack Horseman is that type of comedy.

Bojack Horseman is a Netflix original series about the day-to-day adventures of Bojack Horseman, an anthropomorphic horse who was the star of a hit sitcom in the ’90s known as Horsing Around (think Full House, but with a horse) but was chewed up and spit back out by the Hollywood system. While this show, on the surface, might appear to be nothing more than another adult cartoon relying on shock humor to get you to laugh, it actually does something else. It makes you think about what you’re laughing at and why. 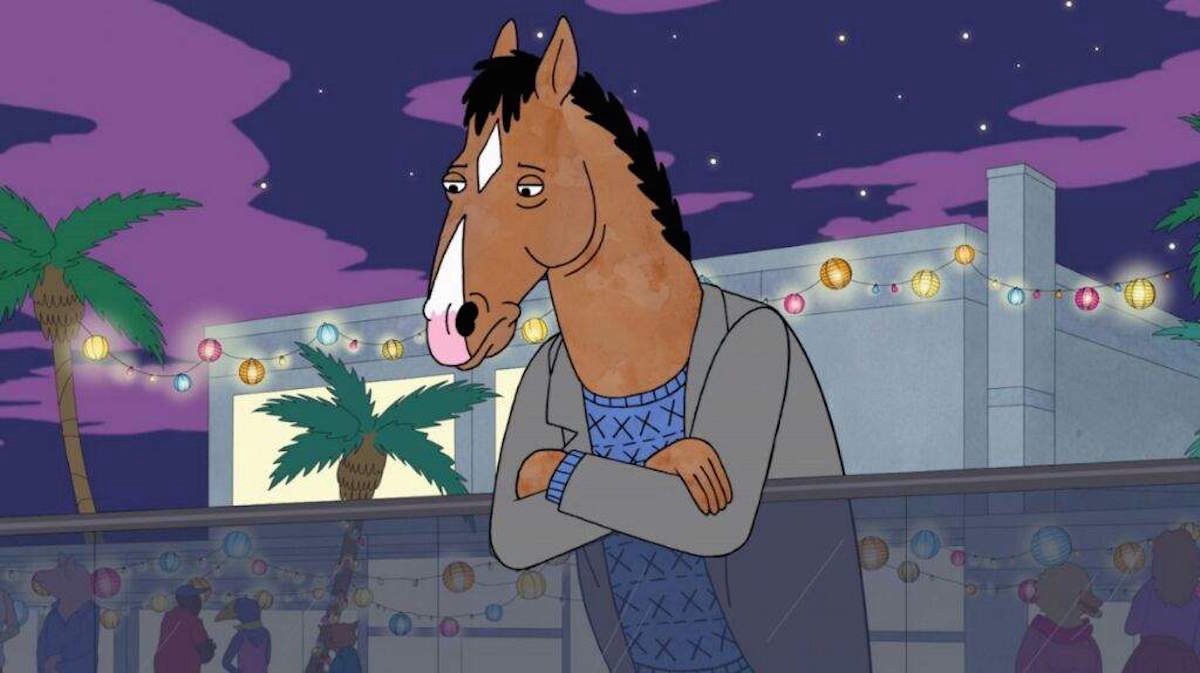 The first episode of the first season starts innocently enough, with Bojack being interviewed by Charlie Rose (yikes!) and admitting that he not only parked his car in a handicapped spot but is also intoxicated. From there, the show seems to take on a mundane scenario. Bojack wants to write a book but is unable to focus, so instead, his publisher hires a ghostwriter, whom Bojack does not open up to. But this is only Episode 1.

As the first season goes on, more is shown about Bojack, including his failed relationship attempt with his agent, Princess Carolyn; his awful behavior towards his roommate/seemingly only friend, Todd Chavez (who is later revealed to be asexual); and the broken home that Bojack came from with two abusive, alcoholic parents who never wanted a child in the first place.

As mentioned, this show is not just about the laughs, though there are quite a few. It will also make you consider what you’re laughing about. For example, in Season 4, an action film is trying to get off the ground. Every few moments, there is a report about a mass shooting, thus causing changes to the production of the film. This is one episode where the gut punches and the humor work together.

One of the most prominent lines in the episode is “I am sick and tired of real-life gun violence getting in the way of us telling stories that glamorize gun violence. Why does this keep happening? Has the whole world gone crazy?” And later in the episode, when discussing ideas about how to keep the production afloat, Todd suggests that “maybe if the kids had more pumped-up kicks, they could outrun the bullets.” But the episode does not stop at the discussion of gun violence/control but also takes a feminist approach when women start carrying guns for protection. This becomes the base for Congress to push gun control legislation through. “I can’t believe this country hates women more than it loves guns.”

Bojack Horseman is never afraid to shy away from hot-button issues such as feminism, abortion, gun control, LGBTQ+ issues, drug, alcohol abuse, and it isn’t afraid to show some of the uglier sides of humanity. But it takes the true definition of satire, the use of humor, irony, exaggeration, or ridicule to expose and criticize people’s stupidity or vices and jumps rope with it. It does not mock or belittle just for the sake of shock humor. Bojack Horseman is the perfect show for 2019 because it does not shy away from showing you the ugly side of humanity and reminding you that the ugliness is kind of always there. 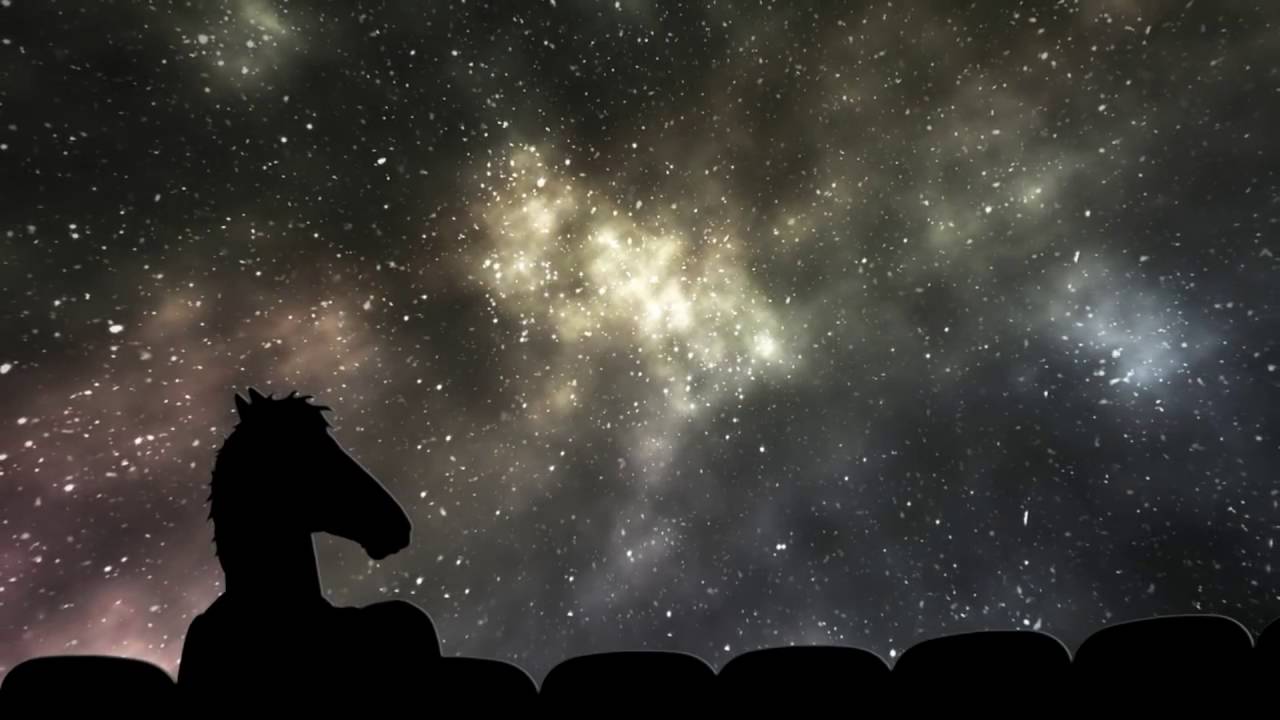 But the difference, and what makes Bojack Horseman more influential than other “satirical” adult cartoons: consequences. In the average animated sitcom, things are wrapped up with a neat little bow by the end of the 22-minute runtime. Bojack’s stories run not only over into other episodes but into other seasons. When a major character dies at the end of Season 3, Bojack flees Los Angeles to his family’s old home in Michigan, where, over the course of the next episode, he is forced to confront his guilt over the character’s death. And this storyline continues into Season 6. And these consequences–these reactions to Bojack’s actions–fall in line with what the show makes you do: laugh. Appreciate the beautiful moments you might get in your life, because you never know how long they’re going to last.

A famous cartoon rabbit once said, “A laugh can be a very powerful thing. Why, sometimes in life, it’s the only weapon we have.”

Bojack Horseman, a show about a horse, is the most human show on TV.