“I don’t want to dictate anyone’s style.
I want to help you be the best you can be.
But also I don’t want you to look like a leprechaun, so I’m fixing that.”
– Jonathan Van Ness, grooming expert

I confess: I was apprehensive about the new Queer Eye. To my millennial sensibilities, the original Queer Eye For The Straight Guy (2003-2007) was great for its time, but better kept a relic of the past. Yes, it had helped the average American see gay men as fun and talented instead of as deviants and/or pedophiles and/or sinners. But at what cost? Most gay and bisexual man I know have fought against the “sassy gay friend” stereotype. Why should I support a show that perpetuated it?

Oh, how wrong I was.

Within an episode, I was hooked. “It’s a hilarious and wholesome show about straight men learning how to moisturize and love themselves!” was how I pitched it to anyone who would listen. I loved that all five men talked openly about their husbands, families, and backgrounds. They were not accessories. They were experts. As a lesbian from a rural town with a thriving Confederate heritage, I have so much respect for the Fab Five’s mission of confronting ignorance and prejudice head-on.

Often, a makeover subject in rural Georgia will remark that the Fab Five are the first gay people he has befriended. The stakes are much, much higher than the average feel-good makeover show. The teachable moments go further beyond sexuality. Style expert Tan France, a Pakistani Muslim, recently spoke about being called a terrorist during filming and in 1.3 (“Dega-Don’t”) culture expert Karamo Brown patiently explains Black Lives Matter to a white cop. While I moved to Boston and cultivated a very liberal, very gay circle of friends, they went right back into the trenches.

After falling in love with the show, and the Fab Five, during the first season, I approached season 2 with excitement and was not let down. Every episode is radiating with pure love, joy, and some delightful personalities. Tammye is a cancer survivor and founder of her church’s community center. Skylar is a transgender man negotiating the legal, medical, and sartorial challenges of transition. Ted is a young mayor I would affectionately describe as “stoner Ben Wyatt.”  This season’s makeover subjects are all up to the challenge.

Unlike on, for example, The Biggest Loser, none of the Queer Eye makeover subjects are set up to fail. The Fab Five encourage their subjects not to change completely. But to be the best version of the self they already are. As Leonardo, a bartender dad still stuck in bachelor mode, remarks, “you’re telling me what I already know, even when I hate it.” There is a lot of love going around: to be nominated is an act of love, to accept help is an act of love, and putting in the hard work of a makeover is entirely an act of love. 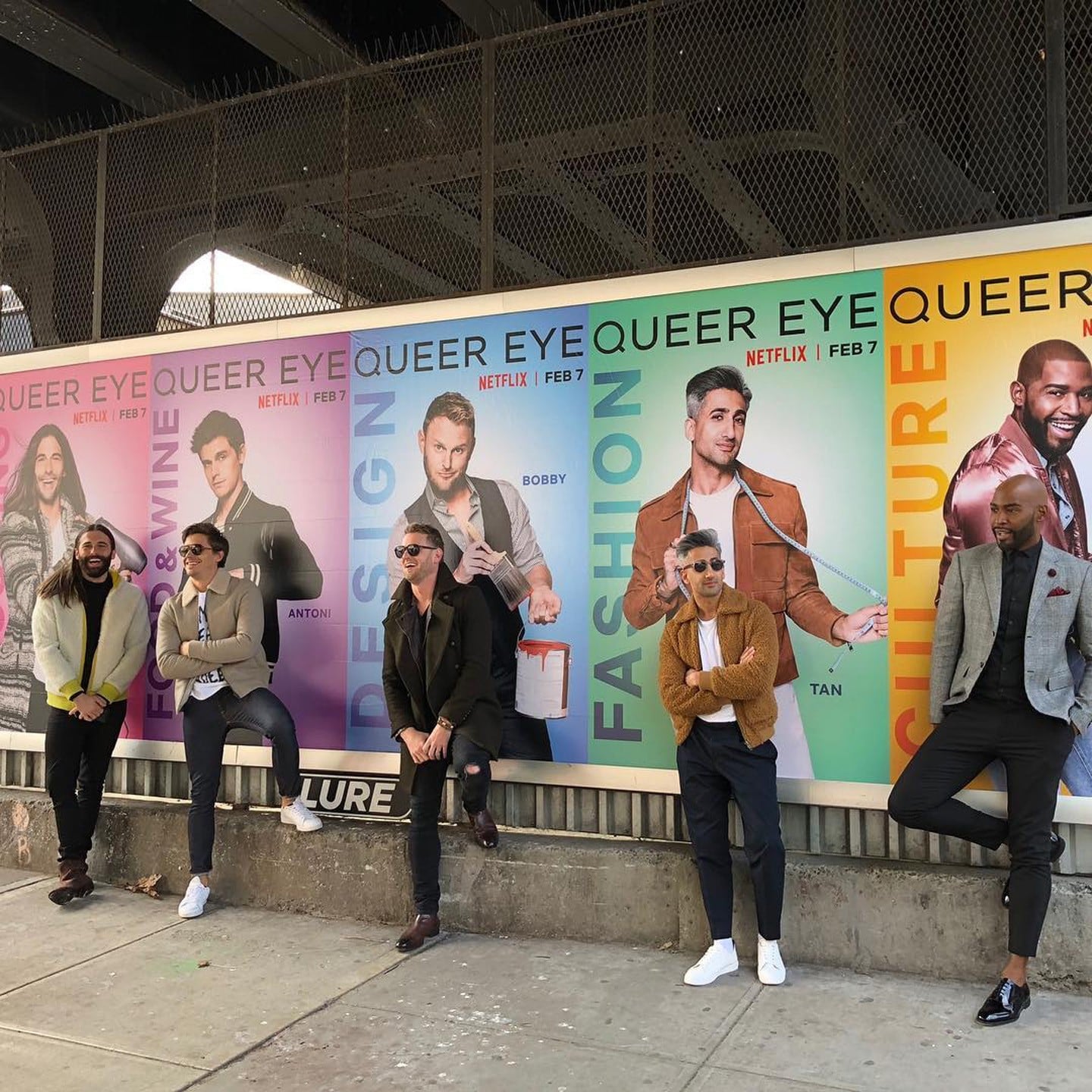 VERDICT: WATCH IT. Season 2 is hilarious and lighthearted: it delivers quips from Jonathan, delicious B-roll proving once and for all that food expert Antoni Porowski can cook, and some fabulous gay fashion including design expert Bobby Berk’s mesh dress and more of Karamo’s dazzling bomber jackets. But, much like season 1, it hits very strong emotional notes. When makeover subject Tammye says to her congregation, “how can I say that I love God, but I cannot love the ones who are right there next to me? […] Do I love Jesus? Yes. Do I love God? Yes. Do I love my [gay] son? Yes,” I was tearing up along with the Fab Five onscreen. To use some of Jonathan’s favorite words, this show is gorgeous, and I hope it’s not just a moment.

Molly McGowan
mollymcgwn@gmail.com
Molly McGowan is a consulting archivist, or historical gossip connoisseur, living in Boston. Her passions in life are making elaborate crafts to foist upon her loved ones, trying not to get trampled on the rugby pitch, soliciting life advice from her many tarot decks, and searching eternally for the perfect vegetarian Buffalo wings.

The Look of Luke: A Backwards Baseball Cap Retrospective