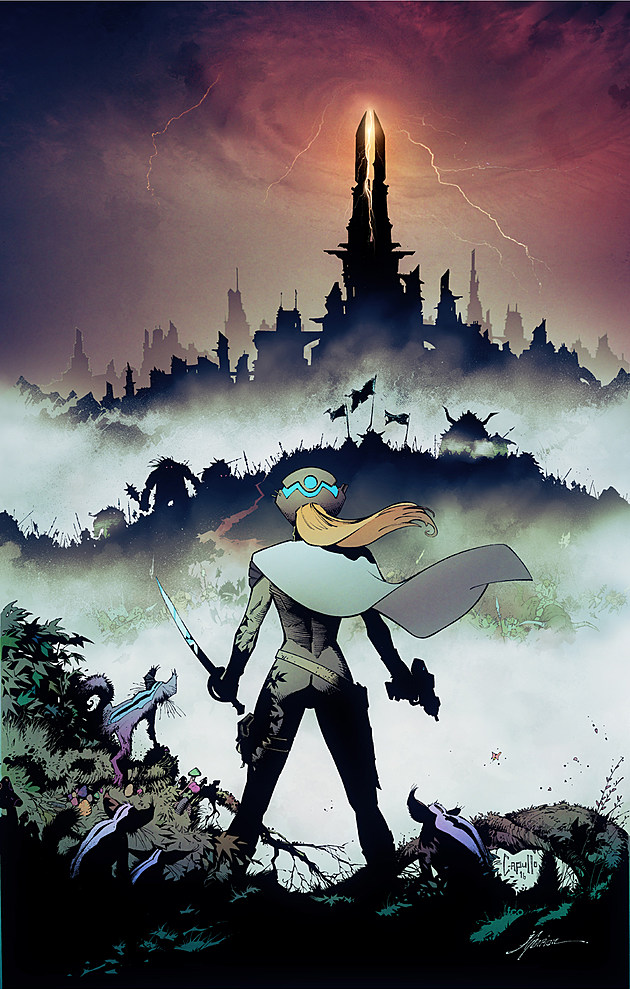 Is there life after death? Coming this fall from Image Comics, Mark Millar and Greg Capullo set out to show us what lies beyond the veil in the new creator-owned title Reborn.

Millar’s first foray into fantasy storytelling, the renown comics author couldn’t have snagged a better artist for this sprawling, sci-if/fantasy epic. Capullo is definitely at the height of his game, fresh off an acclaimed run of DC’s Batman with Scott Snyder. From the cover of issue #1 and some amazing teaser pages released on The Hollywood Reporter’s Heat Vision, there’s no doubt that Capullo will be channeling his years of experience drawing the dark and monstrous on titles like Spawn and Haunt.

I’m absolutely stoked for Reborn, it sounds like a thrilling dark fantasy with a morbidly intriguing premise and a badass lead character. Reborn follows Bonnie Black, an eighty-year-old woman who dies from a stroke and finds herself reborn as a 25-year-old in a war-torn limbo dimension. Armed with a sword and handgun, Bonnie has to fight her way across a raging battlefield to find her late husband, who passed 14 years before her. You can read the official synopsis below and be sure to check out our review of the first issue right here at Rogues Portal! Reborn hits the shelves on October 12, 2016.

“It’s not Heaven, it’s not Hell. It’s as real and hard as where we live now, but filled with the most amazing fantasy landscapes, jaw-dropping creatures and a battle raging between good and evil. The people she loved are in this world — her father and her childhood dog — but oddly, not her husband who had passed over 14 years before. So she sets out to find him. She realizes that she has been reborn as a 25 year-old woman with a sword in her hand a gun on her hip.”

Stephanie Pouliotte
stephpouliotte@gmail.com
Comics junkie. Internet lurker. Fantastic beast. I spend most of my time immersed in strange and fantastical stories, be it through books, comics, video games, movies or TV shows. Oh and I sometimes writes things down and stuff.