Friends from College premiered on Netflix July 14th, with eight half-hour episodes for your binge-watching delight. The series centers around Ethan (Keegan-Michael Key), his wife, Lisa (Cobie Smulders) and their friends Sam (Annie Parisse), Nick (Nat Faxon), Max (Fred Savage) and Marianne (Jae Suh Park). The friends try to navigate their friendship as some problems arise. Problems that they ultimately create threaten to tear them apart.Have you ever sat down after a show and thought, “Why did I do this to myself?” If you haven’t, I envy you. If you have and can feel my pain, this is what I felt after watching Friends from College. This show was tough to sit through, but I’m messy and live for TV drama. So, I needed to view it until the final moments. Spoilers: It wasn’t worth it.

I’ll tell you straight up before I start, this show didn’t do anything for me. From its tone, setting, characters, and story, it felt as if it was trying too hard to present itself with a message that didn’t deliver well on screen. Friends from College shows a different view on long-lasting friendships after college. Bonds where friends are stuck solely in the past, can’t move forward to save their lives and don’t want to.

The series wastes the ensemble cast with a large talent in its line up. I bet you’ve read that a lot and it’s so fucking right. Keegan-Michael Key, Cobie Smulders, and Annie Parisse lead in the love triangle from hell. The rest of the friends, Nat Faxon, Fred Savage, and Jae Suh Park are talented, but honestly, fell flat in their performance. The characters that they play very much engulf what they would have done with the roles. Now that I’ve said that, we can talk about the real problem with the series, its characters.

The friends stagger so slowly that little to no character development comes, even at the end. There are no lessons learned. No one gets their comeuppance. Everyone just carries on. There’s no gratification to be had. The show felt just as stuck as the friends were. It didn’t give you a sense of nostalgia for them, but a feeling of not wanting to be friends with ANY of these people. All of these friends were just terrible, and I honestly didn’t want the best for any of them.

The selfish attitudes and situations from each one of the characters are hard to deal with. Each one of them has a problem that’s fixable, yet they oppositely deal with them. They end up majorly fucking everything up in the process. The toxic friendship just overflows out of this series, and you start to wonder why they’re even friends in the first place. The amount of backstabbing, disloyalty, and aggravation within this friendship is enough to make you never want friends again. Friends from College doesn’t let you root for any of the characters. Again, I honestly don’t want to see anyone win. It’s a show that takes the phrase “grow up” and lands it front and center for the audience to see. 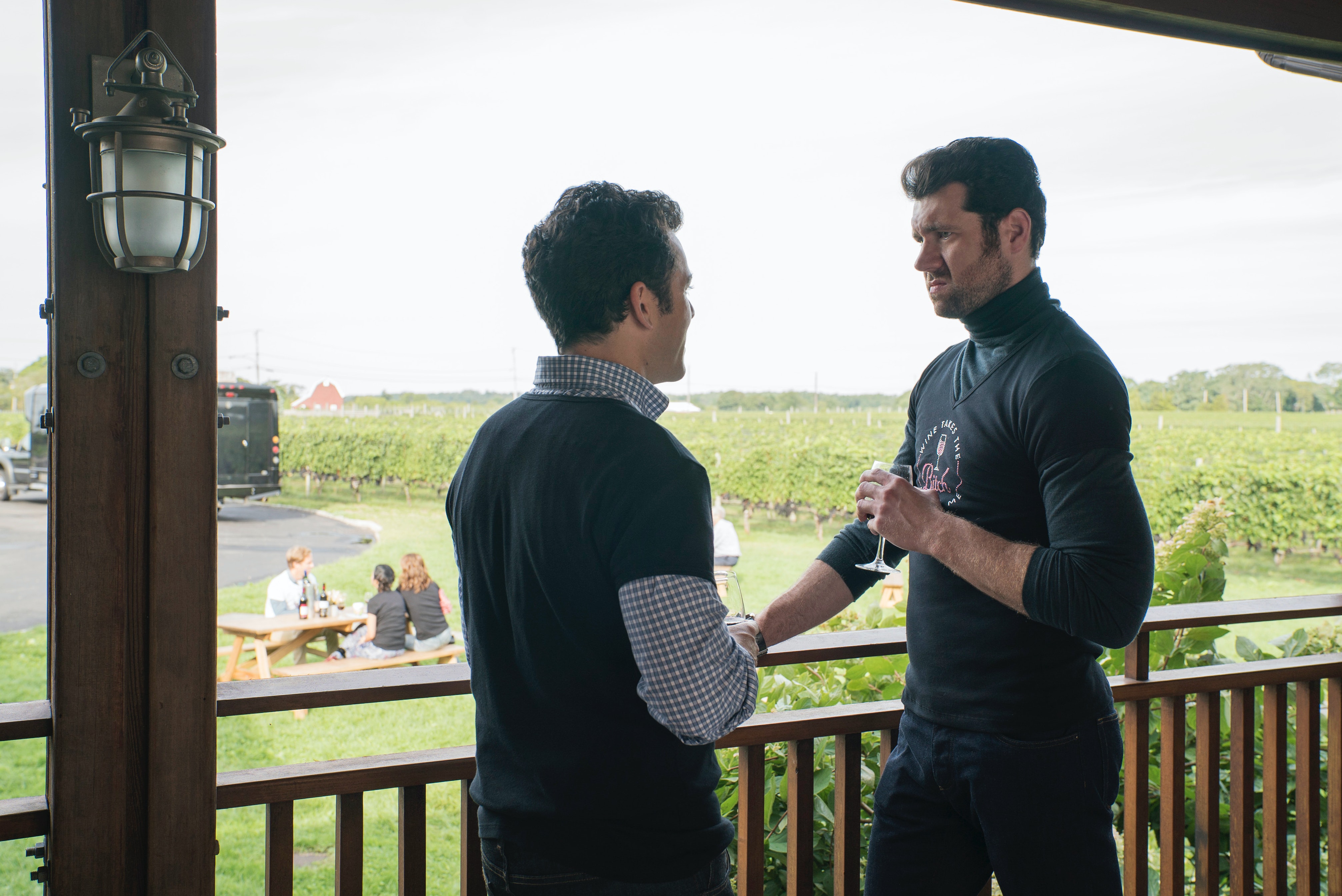 However, in a soft light of hope. There was a character that single handed saved the day, and I must single him out. Dr. Felix Forzenheim, played by Bill Eichler was the absolute star of this show. He was the partner of Max, putting up with his selfish attitudes and how he turned into a completely different person with his friends around. The only person I felt bad for in the series is Felix. He not only didn’t have a stable relationship with Max, but he had to put up with these assholes. Through his eyes, we see an outsiders perspective of the friends and their actions, and we honestly see how terrible they are.

Verdict: Skip It. There were a couple of things that bothered me about the show that I could go on and on about. The damnation of YA, “bathtub moments,” the lack of intimacy issue with Felix and Max, everything about that love triangle from hell, but I’ll stop there before my ranting comes out. Friends From College isn’t worth your binge and your hard earned lack of sleep.

[REVIEW] ‘THE IRISHMAN’ IS A TOWERING TREATISE ON LEGACY AND DEATH